George Washington, legend has it, danced in the ballroom of what is now part of The Inn at Little Washington, only back then he couldn’t have known that the town he laid out in 1749 would one day be anchored by one of the world’s most famous restaurants and inns.

Here, gracing the corner of Middle and Main streets, its colorful flags rippling in the breeze, is the first restaurant and lodging establishment in the U.S. to achieve the Five Star, Five Diamond status for both its dining room and its lodging. Over the last three decades, The Inn at Little Washington has won one accolade after another. The 2020 Michelin Guide awarded The Inn at Little Washington its highest accolade of Three Stars, reserved for “exceptional cuisine worth a special journey.” The Inn remains the first and only Three Star restaurant in The Nation’s Capital and the only Michelin rated restaurant in Virginia. Chef Patrick O’Connell is the recipient of 6 James Beard awards including the 2019 recipient of the James Beard Lifetime Achievement Award. The Restaurant has also received AAA’s Five Diamond Award and Forbes Five Star Award, each for 32 consecutive years, making it the longest tenured recipient in the history of both programs. The Inn also received the Wine spectator Grand award for the 26th consecutive year, making it only 1 of 100 wine programs in the world to receive the distinction. 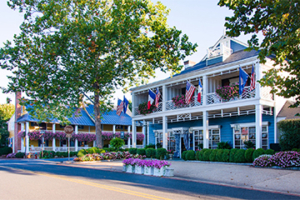 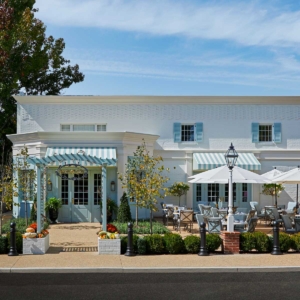 Patty O’s Cafe
389 Main Street
Washington, VA 22747
540.675.3801 |
Hours: See Patty O’s Cafe website for current hours
A former gas station on the village square has been transformed into a charming sidewalk cafe, an inviting bar, and a cozy dining room. The Cafe serves simple, classic American dishes and a bakery and European-style pastry shop are located on the side of the building.
‍

Restaurants Beyond
The Historic District 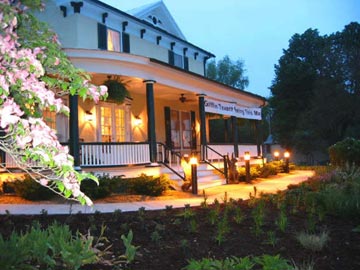